Create an Account - Increase your productivity, customize your experience, and engage in information you care about.

During average snowfalls, snow is cleared from the driving lanes on those roadways identified in the Snow and Ice Control Map based on the following priorites and targets:

Although the Municipality is conscientious and tries to limit the amount of snow left in windrows when plowing, snow is not cleared across private driveways or parking lanes.

Snow piles and windrows are removed when they:

The Municipality operates three temporary snow storage sites which are rotated  each year.  Commercial haulers and the general public may dispose of uncontaminated snow from their properties at one of these sites with the approval of the Roads Foreman, provided the snow is generated from within the Municipality. 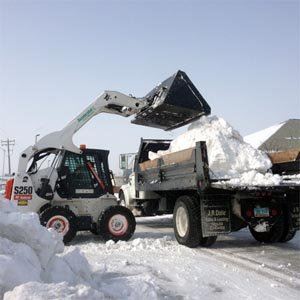